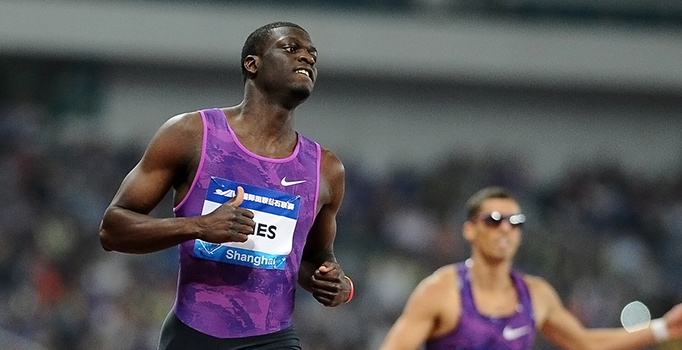 With Asian record holder Yousef Masrahi and African record holder Isaac Makwala, both sub-44 second runners, also competing, the event is set to be one of the highlights of the prestigious IAAF Diamond League event.

Grenadian James is regarded as one of the best 400m runners of recent times after winning World Championships gold in 2011, Olympic gold in 2012 and Commonwealth Games gold in 2014. He is now targeting Birmingham as a key part of his preparations to defend his Olympic title in Rio, and will have the 19 year old Alexander Stadium record of 44.36 in his sights on 5 June.

He said: “2016 is a really big year from me and I want to retain my Olympic title. The Birmingham Diamond League will be an important part of my build-up to Rio and I’m looking forward to racing against some very good athletes. I love competing in Britain and I’m excited about putting on a good show for the fans.”

Hudson-Smith, who trains at the Alexander Stadium, is relishing the opportunity to challenge himself against the man he looked up to as an aspiring junior athlete.

Hudson-Smith said: “I can’t wait to compete at the Birmingham Diamond League, it’s always special for me to be able to compete on the track where I train nearly every day. It will be great to test myself against a great field, particularly Kirani James who I have really looked up to for the last few years.”

After a challenging year in 2015, in which his summer season was cut short by injury in June, the 21 year old is hoping to use the Birmingham Diamond League event as the launchpad of his Olympic year.

“Getting injured last summer was a big disappointment for me but I’m now feeling good and looking forward to competing at such a big event and getting ready for such an important season.”