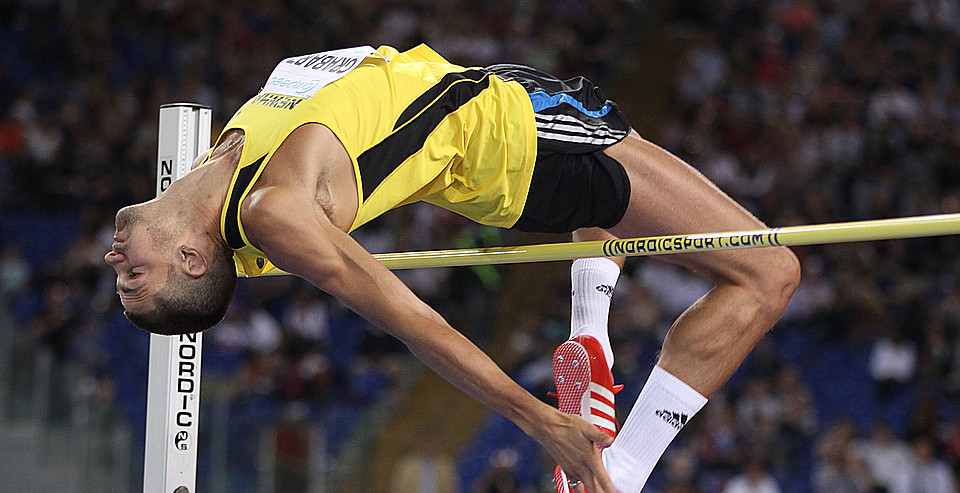 Britain’s Olympic hero Robbie Grabarz (coach: Fuzz Caan) claims the men’s high jump is one of the most exciting events in athletics at the moment and will be the highlight of this year’s Birmingham Diamond League.

The leading challengers for Olympic glory are relying on the showpiece event at the Alexander Stadium on Sunday June 5 as their launch pad for Rio.

A world-class field in Birmingham has a familiar look with four of the medallists from London 2012 and the top three from the recent IAAF World Indoor Championships renewing rivalries.

Grabarz, Canada’s world champion Derek Drouin and Mutaz Essa Barshim of Qatar, all jumped 2.29 metres four years ago to share the bronze medal and joining them in the Midlands showdown is Erik Kynard of the USA, a silver medallist in London.

The trio face an intriguing battle especially after Grabarz bounced back to form in the IAAF World Indoor Championships in Portland last month.

He ended an injury-hit spell with a highly encouraging silver medal in the States, pushing Kynard into third place. Portland winner Italian Gianmarco Tamberi is also heading to Birmingham and is earmarked as a danger man in Rio.

Grabarz said the fierce competition makes the high jump compelling viewing. He said: "Everyone always gets excited about the men’s 100 metres but the high jump is one of the best events in athletics right now.

"Others will probably disagree but I believe the men’s high jump is the most exciting event in track and field in 2016. The quality of the event is amazing. We have the best in the world coming to Birmingham for the Diamond League and people will get to see what I mean. It's an incredible event with remarkable athletes performing amazing feats. The competition at world level is driving up standards.”

Grabarz is now counting down to Rio in August. He added: “I've had a difficult four years since London but I’m now back in form and ready to use the Birmingham Diamond League as my launch pad to the Rio Olympics. The others need to watch out because I’m the comeback kid and ready to take on the world.

Winning bronze in London was amazing but I'm going to do everything I possibly can to take the gold medal at this summer’s Olympic Games in Brazil. That is my motivation and why I get out of bed to train so hard. I want to arrive there in the best shape of my life and see what I can achieve.”

The 2012 European champion lives and trains in Birmingham and is relishing the chance to compete in front of a home crowd at the Alexander Stadium.

“Birmingham feels like my home town now, so it’s really exciting to compete against the best guys in the world and the athletes who will be in the Olympic final. The support from the home crowd is brilliant and makes it so much more special to know you’ve got your home fans behind you.”

Tamberi established himself as the world’s No 1 high jumper during the indoor season by staying unbeaten and won gold in Portland with a world class clearance of 2.36m. The Italian is now looking forward to the outdoor season and his Birmingham debut.

He said: “Becoming world indoor champion was an amazing moment for me and I was so happy with my indoor season. I’m looking forward to competing at the Birmingham Diamond League for the first time and hopefully I can carry on my good form and put on a show for the British fans. The Olympic Games is the main aim for me this year but this event will be important for me competing against some of my biggest rivals.”

Kynard last competed in Birmingham in 2013 where he finished second to Bohdan Bondarenko with a best clearance of 2.34m. Barshim won the world indoor title in 2014 and with a personal best of 2.43m, only world record holder Javier Sotomayor has ever jumped higher.

Niels de Vos, Chief Executive of British Athletics, said: “This year’s Birmingham Diamond League will see some of the world’s greatest athletes reach a key point in their preparation for this year’s Olympic Games. There's some exciting talent coming through which we'll see at the Alexander Stadium and many spectators will be thrilled by many of the events.

“The men’s high jump could steal the show in Birmingham with the likes of Robbie Grabarz, Gianmarco Tamberi and Erik Kynard competing for the win in what I expect to me one of the most exciting and tense events.”

Baker said: “The indoor season was great for me jumping a big PB of 2.36m and then finishing in the top eight in the world, but now I’m focussed on the outdoor season and continuing to improve ahead of the Olympics. The Birmingham Diamond League will be a really important competition for me to test myself against some of the best high jumpers in the world, and there’s no better place to do it than in front of a home crowd.”