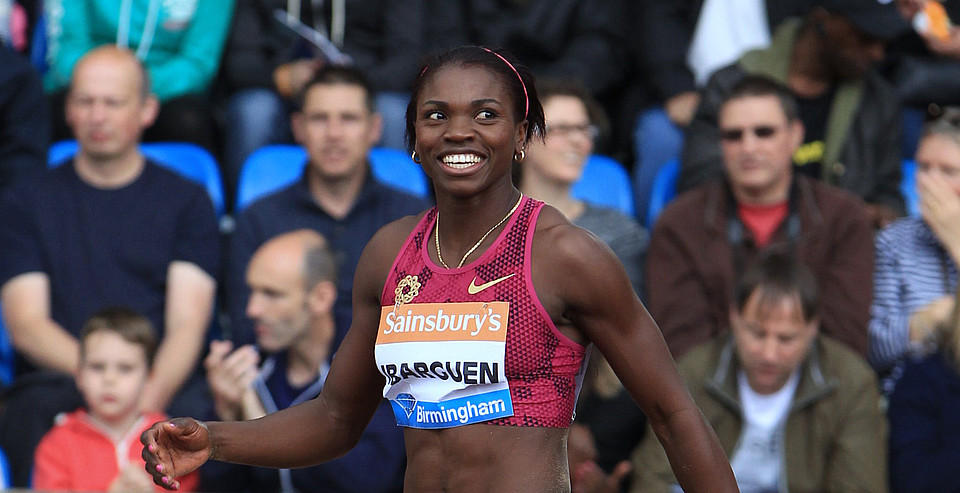 A further eleven global medallists have confirmed that they will compete at the Birmingham Diamond League at the Alexander Stadium on Sunday 5 June.

The men’s 200m looks set to be one of the events of the day as world indoor 60m champion Trayvon Bromell of the USA lines up against Canada’s Andre De Grasse. Bromell and De Grasse have established themselves amongst the world’s best young sprinting talents and will meet over 200m for the first time at the prestigious IAAF Diamond League event.

It will also be the first time that the pair have competed against each other since they tied for the bronze medal at last year’s IAAF World Championships in Beijing and Bromell is looking forward to renewing their rivalry.

He said: “I’m really looking forward to testing myself over 200m at the Birmingham Diamond League. I’ve had some close competitions with Andre (De Grasse) at collegiate level and especially in Beijing last summer, and it will be good to compete against him in a 200m.”

The 20 year old won his first global title in March at the World Indoor Championships, and both he and De Grasse are hoping to use the Birmingham Diamond League as the launchpad to their Olympic campaign.

Bromell added: “My indoor season went well and it was a great moment for me winning the World Indoor title in Portland in front of an American crowd, but now I’m fully focussed on the outdoors and Birmingham will be an important meet in my preparations for the Olympics.”

De Grasse said: “The Birmingham Diamond League will be a great meet and I can’t wait to go and compete there. This is a really important summer for me and hopefully I can run a good 200m in Birmingham to set me in the right direction for the Olympics.”

Two-time world champion Caterine Ibarguen will headline the women’s triple jump event as she looks to extend a 32 competition winning streak that stretches all the way back to her last defeat at the 2012 Olympic Games in London. The Columbian could set the first ever jump of over 15m at the Alexander Stadium.

Elsewhere in the field, 2012 Olympic champion Robert Harting will go up against 2015 world champion Piotr Malachowski in the discus. Marina Arzamasova and Katharina Molitor, current world champions in the 800m and javelin respectively, and world 1500m indoor bronze medallist Nick Willis add further depth to the incredible line up in the West Midlands.